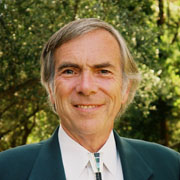 Robert E. Megginson is Arthur F. Thurnau Professor and Professor of Mathematics at the University of Michigan, his academic home since 1992 except for two years as Deputy Director of the Mathematical Sciences Research Institute in Berkeley and some summers as adjunct faculty at a Native American tribal college. Originally trained as a functional analyst, he has become interested in the mathematics of climate science. Professional recognitions include election as Fellows of the American Association for the Advancement of Science and the American Mathematical Society. Other recognitions received specifically for helping engage more minorities in mathematics are the U.S. Presidential Award for Excellence in Science, Mathematics, and Engineering Mentoring, the American Indian Science and Engineering Society’s Ely Parker Award, and the Mathematical Association of America’s Distinguished Service Award. He has been named to the Native American Science and Engineering Wall of Fame at Southwestern Indian Polytechnic Institute, and portrayed in the book 100 Native Americans Who Shaped American History.