Senk Bids Farewell to MSU, Colleagues around the U.S. 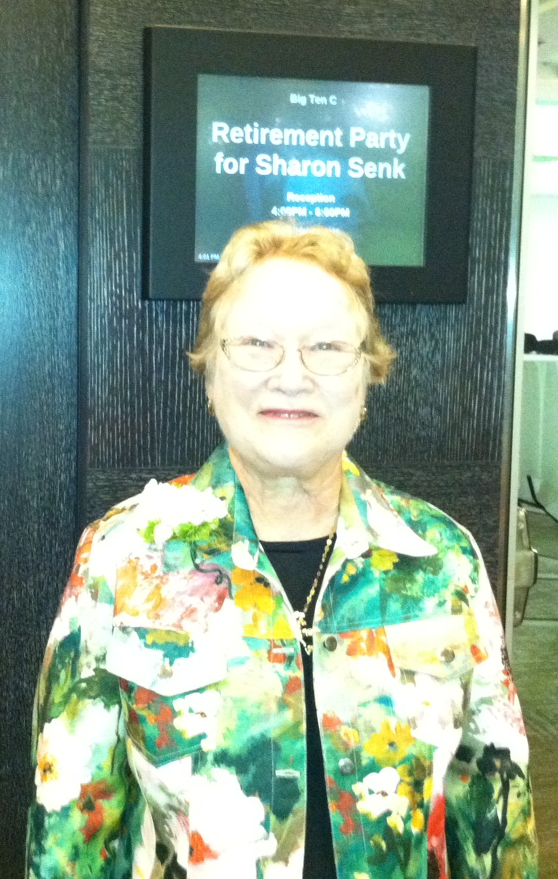 Sharon Senk, Professor and mathematics education faculty member in PRIME and the Mathematics Department, has officially retired from MSU. A reception was held on September 18th at the Kellogg Hotel and Conference Center on MSU’s campus to celebrate her long and productive career in mathematics education.

Attendees flocked to East Lansing from all over the state as well as many parts of the U.S., including Senk’s doctoral advisor from the University of Chicago, Zalman Usiskin, as well as her first MSU doctoral student, Alejandra Sorto, who is currently an Associate Professor at Texas State University. Others in attendance were many of Senk’s former and current graduate students, current and retired colleagues from many units across campus, family, and friends.

Vince Melfi, Director of PRIME and the Mathematics Education Doctoral Program, remarked on Senk’s career, as well as Sorto, who delighted the audience with stories of her MSU doctoral experiences. Senk publicly thanked all for their attendance, support and friendship over the years.

Over the years, Senk has directed or helped direct numerous research and development projects that have made a lasting impact on secondary mathematics education in the U.S. Some notable work includes TEDS-M: Teacher Education Development Study in Mathematics, Mathematical Knowledge for Teaching Algebra, Algebra Knowledge for Teaching, and the Preparing to Teach Algebra (PTA) project.

She has served as a consultant on a number of projects as well as on multiple advisory boards, reviewer/editor of textbooks, and journals and publications from the National Council of Teachers of Mathematics. Senk is also the author of numerous journal articles and book chapters in mathematics education.

Sharon Senk will actually be working part-time this academic year while she wraps up the PTA project and continues to work with graduate students. She intends to travel, spend quality time in her many gardens, and to continue her academic work. We wish her all of the best in her retirement.